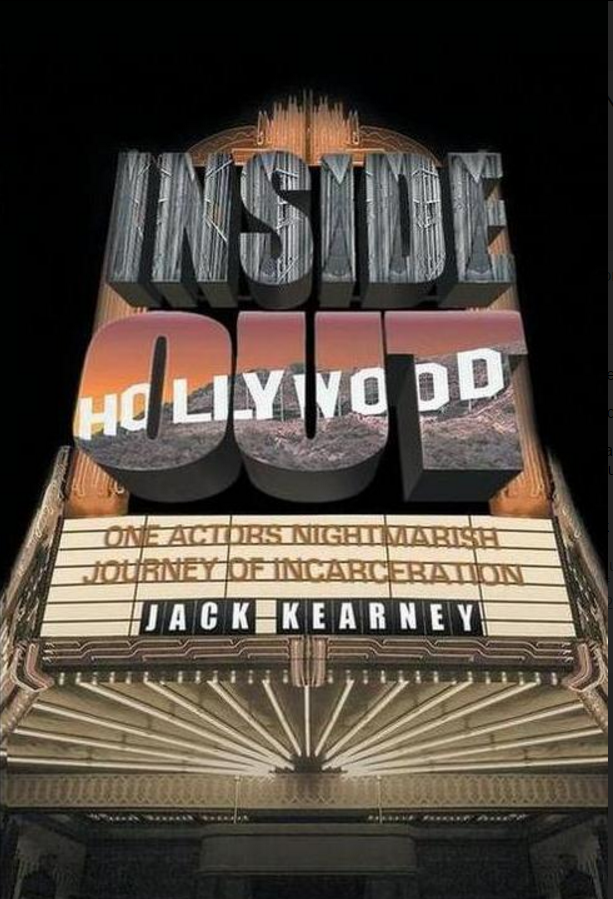 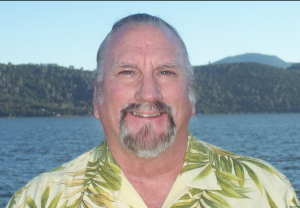 Featured Author Jack Kearney “Inside Out”

I consider this a rare opportunity to feature a great writer and a great story for a movie. We can’t imagine what it would be like to make real progress regarding your acting career and then for some unfortunate disaster, the next thing you know, you’re riding on a LA county correctional bus on your way to prison. Sitting next to someone who might become your friend or enemy. The flashback moments of your life, which in hindsight, there wasn’t really anything to complain about or even worry. Now this kind of worry for “Danny” was deep down freaky and unbelievable maybe turning into the unimaginable. I present to you “Inside Out” by Jack Kearney.

For most of my life I was a struggling actor. I appeared on such shows as Mash, WKRP in Cincinnati, and General Hospital. For a short time, I even taught an acting workshop. Today I am helping to develop a start up company , but back in the mid-seventies I was a recent graduate of the very prestigious American Academy of Dramatic Arts where I was part of the first graduating class in Los Angeles. After that I joined the ranks of the other sixty thousand would-be stars who acted in showcase plays, occasionally going on professional auditions, and attending weekly workshops. Waiting for that big break I had many survival jobs typical of the actors of the ’70s and ’80s. But sales seemed to offer the only possible way to make a living and contrary to popular belief, I discovered that a salesperson is made not born. In fact, commissioned sales can be almost as frustrating as breaking into show business. I am currently working out of my home, on commission, for a start up promotional products company . I have been married twice. My first, which ended in divorce gave me my beautiful daughter Shannon. I lost my second wife of ten years to cancer in 2012. Now 65, I currently reside in Northern California with my Yorkie-Poo Toby.

I learned that I can write. in reviews, some of the people who have stated that they were really moved. That is the dream of any true artist. I also have created a new writing style. Some readers found it very intriguing, while others were confused. There are no chapters, giving the narrative a vivid cinematic feel that has forced many readers to consume it in a single sitting. Told through a series of flashbacks, it’s a totally-unique reading experience that I hope will become a hallmark of my style.Thank you, 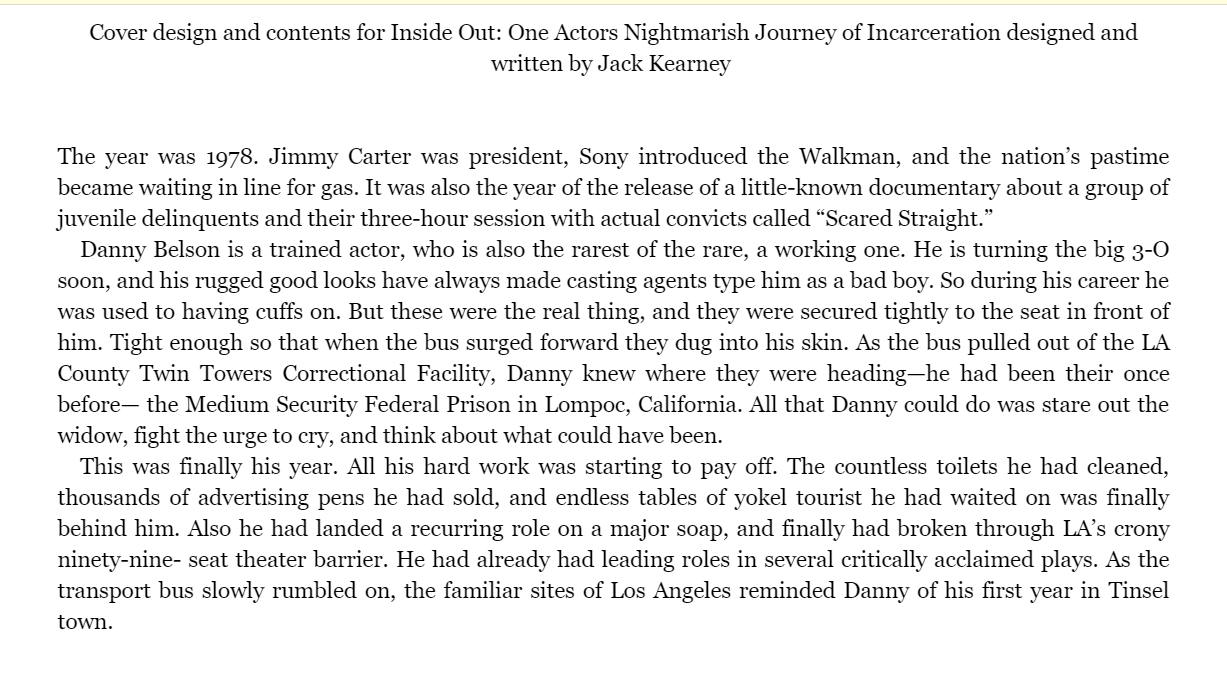 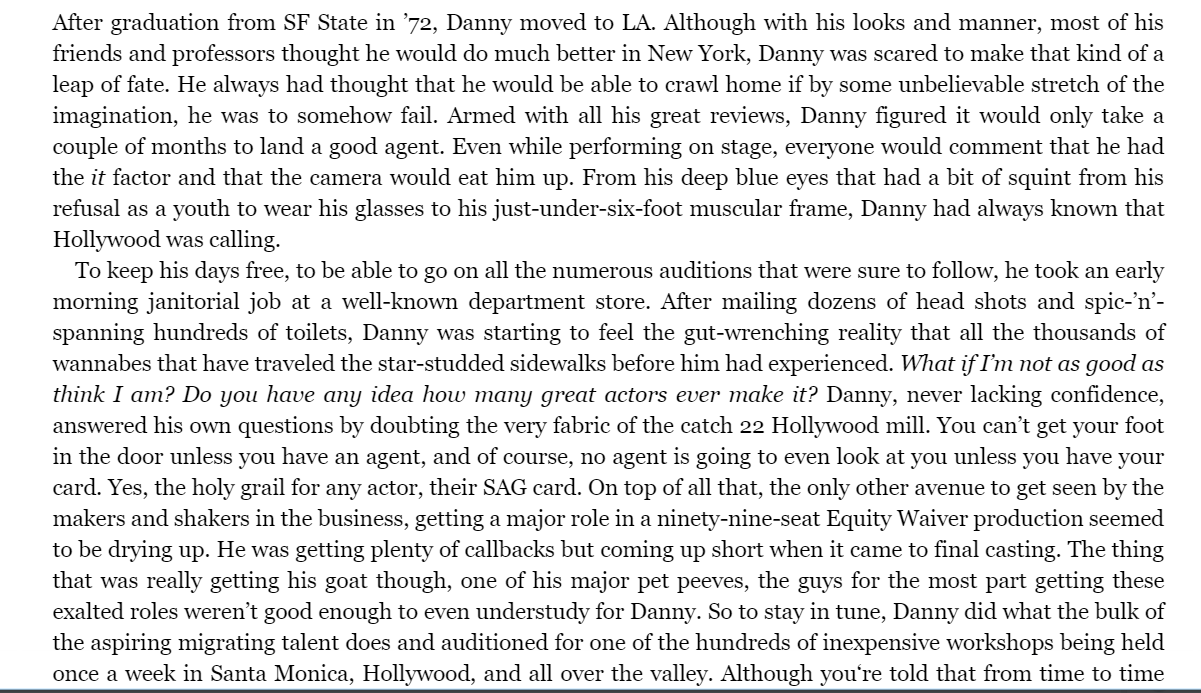 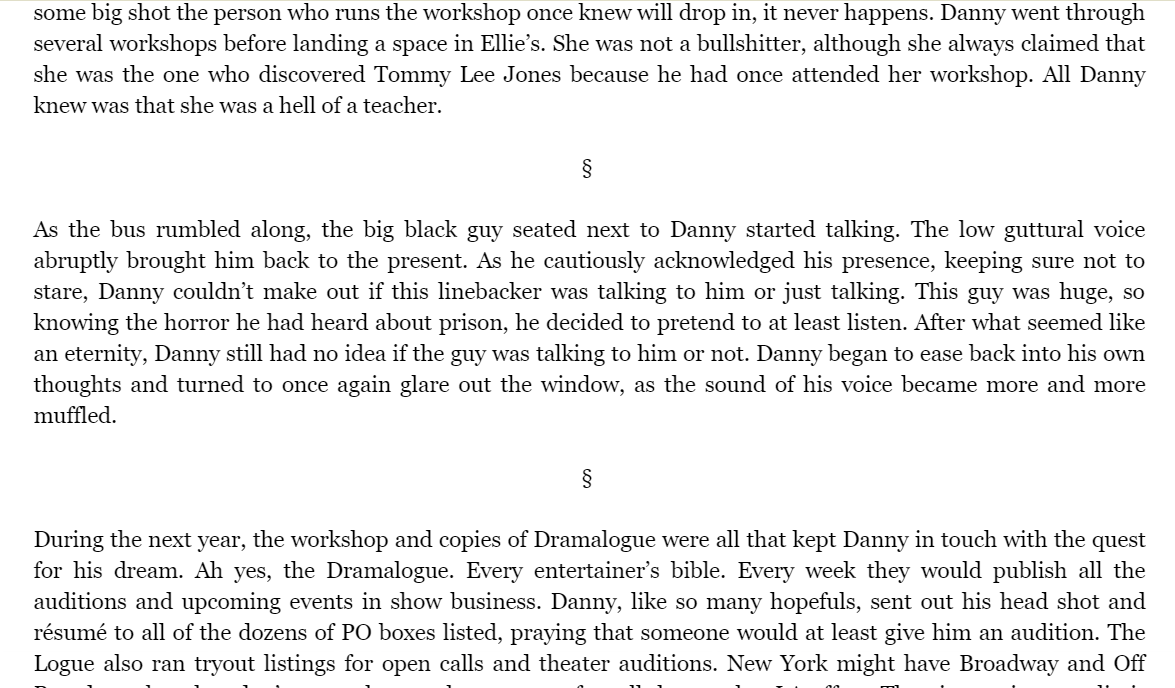