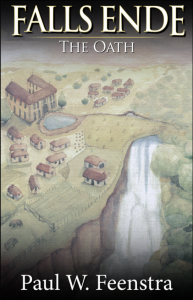 It is my pleasure to present to you a new addition to authors.natwritings.com Mr. Paul W Feenstra

Paul W. Feenstra is a historical fiction novelist. He has authored five novels, and recently completed the novella, ‘Falls Ende’.

Meticulously researched, and set in beautiful and mysterious New Zealand, Paul’s first novels, ‘Boundary’, ‘The Breath of God’, ‘For Want of a Shilling’ and ‘Tied to Mae’ frequently detail early colonial life, and the impact colonialism had on native Maori. Says Feenstra, “History is about the untold story, and writing historical fiction is a wonderful way to present the past in a compelling and entertaining way.”

His latest novels, ‘Into the Shade’ and ‘Falls Ende’ are set in Europe, although in different time periods.

Born in Wellington, New Zealand, in 1959, to Dutch immigrants, Paul still commutes frequently to Los Angeles, California, where he worked as a multiple ‘Emmy’ nominated entertainment industry professional. For over 25 years he called the USA home and was fortunate to travel extensively throughout the country. His two grown children still reside in Los Angeles.

Sought after as a public speaker by various learning institutions, professional member networks, and countless organisations, Paul has toured the length of New Zealand lecturing about his unique experiences in the Hollywood film and television industry. Recognised for his contribution in helping his country, Paul was honoured by the New Zealand government and invited to join the prestigious, ‘World Class New Zealand,’ network.

In his spare time, he enjoys photography and wrestling bears.

Created in a similar style as acclaimed authors, Bernard Cornwell and Ken Follett, ‘Falls Ende’ pits Herdsman Odo Read against the knight, Sir Wystan Ainsley, Lord of Mellester Manor in a conflict of revenge and survival.
In mid-eleventh century, England, the picturesque and peaceful hamlet of Mellester Manor is devastated by the unthinkable, and the effects are lasting. The cold depths of ‘Falls Ende’ can only shame and kill.

While managing some of the king’s affairs in his absence, Sir Hyde Fortescue, a powerful lord of a neighbouring manor discovers a litany of lies and deception. Can he act with honour and serve justice, or will ‘Falls Ende’ claim yet another?

For Odo, there is more at stake than just his dignity and pride because they’ve already been taken, all he has left is his life. 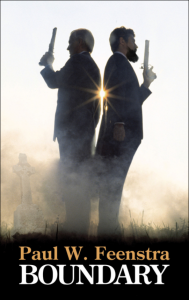 July 1839, without the knowledge of the English Government, the ship Tory, stealthily departed Plymouth, determined to reach New Zealand with the utmost speed. The objective, to purchase millions of acres of lands at the lowest possible price and then build the perfect society. The New Zealand Company called the first settlement Britannia, a civilization without the shortcomings and failings of a troubled English culture. On board the Tory, a young Scottish couple indentured to the New Zealand Company are excited at the prospect of beginning a new life, Britannia is the Utopia they’ve been promised. This is the story of adversity, the struggle to survive in the hardships of a new colony, and their fight to preserve morality and integrity in the face of greed, deception and injustice. For Andrew and Eleanor Stewart they must first battle the environment – they now live in fear for their lives. On arriving in New Zealand, colonists and settlers discover it isn’t as advertised, and far from the paradise they were promised. The New Zealand Company show no restraint as surveyors measure, plot and divide, while disregarding mounting claims of illegally purchased lands and fraudulently obtained deeds. Underestimating the Maori people, the Company test their patience, how much more can Maori withstand before they fi nally take action and rebel? Befriended and aided by formidable Maori chiefs, the Stewart’s question their own beliefs and values as they discover what lengths powerful men will go to satisfy their greed and lust for land. Caught between the loyalty to their employer, and helping Maori, Andrew and Eleanor encounter schemers and murderers, as they challenge the powerful New Zealand Company and the men who govern. Using violence, and intimidation, one man can destroy it all, and threatens to topple everything – who will survive? Accurately researched, this is a story of honour and integrity, and highlights an often-misunderstood dark passage in New Zealand’s early colonial history. 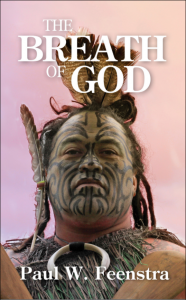 The Breath of God ~ by Paul W Feenstra

“The Breath of God”

Believing God speaks to him through the archangel Gabriel, and anointed with powers, Te Ua unites his people through a common cause. He is determined to drive the imperial oppressors from Maori land and return New Zealand to the righteous. In early 1860’s New Zealand, the beautiful region of Taranaki is engulfed in a brutal land war. Continuing with its unpopular policy, the New Zealand government, bolstered by British soldiers,
seeks punitive and severe action against rebel Maori who openly resist the Government’s determined e ort to confi scate their lands. With regular army forces ill equipped to fi ght in the wilderness, the specialist highly trained ‘Forest Rangers’ are tasked to pursue rebel Maori deep into the rugged bush clad hills. The Rangers newest recruit, Moana (Ira) Rangitira, a veteran of the Crimean war, shows remarkable and unusual skills, Maori fear
and call him, ‘The ghost who walks’. Ira faces challenges that test his will to survive, and can he protect what is closest to his heart, or has everything been destroyed?

‘The Breath of God’ is the first novel in the Moana Rangitira adventure series.